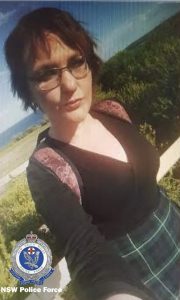 Police investigating the mysterious death of Nicole Cartwright on Sydney’s North Shore have revealed she travelled to St Marys in the days before her death.

Detectives are trying to piece together the 32-year-old’s final days after her body was found at Buffalo Creek Reserve in Hunters Hill last Wednesday.

Ms Cartwright lived with her parents at Lansvale and had a wide circle of friends, often spending time in Sydney’s CBD, Eastern Suburbs, and surrounds.

She did not own a vehicle, but frequently travelled on public transport around the Sydney Metropolitan area.

It has been confirmed that Ms Cartwright travelled to St Marys on September 29.

Homicide Squad Commander, Detective Superintendent Scott Cook, said investigators are appealing for assistance from the community to establish Ms Cartwright’s movements in the days leading up to her death.

“Investigators have been able to place Nicole on buses and at various railway stations between September 27 and 30, but we are seeking information from then until she was found,” Det Supt Cook said.

“We know that Nicole travelled by train from Bondi Junction to St Marys early on September 29, and the following afternoon/evening (September 30), we have her at Strathfield, Central, Ashfield and then Museum Railway Stations.

“Nicole had a very distinct style and vibrant personality, so we believe other commuters or members of the community may recall seeing her early last week.”

Further police are keen to speak with any of Nicole’s friends or associates, who she visited during that time and have yet to come forward.

“We’ve been liaising with her family, who last had contact with Nicole on September 28, when she sent a photo taken at Maroubra,” Det Supt Cook said.

“The last image we have located so far was captured as Nicole exited Museum Railway Station just before 9.15pm on the Sunday.

“Of particular interest to us is any sightings or contact with Nicole after that time, and we are appealing for those people to contact us as soon as possible.”

“While it is most likely her body was brought to the area under darkness, we are still urging motorists with dash-cam and travelling in that area at that time to provide us copies of their footage,” Det Supt Cook said.

“Of course, we’d be keen to speak with anyone who has any information that may assist the investigation, including contact with Nicole or knowledge of her social activities over the past few weeks.”