Fear not Panthers fans, Josh Mansour is staying at the foot of the Mountains. The club will announce his new deal within the next few weeks, possibly even next week. I understand it’s a long-term deal that will see the soon to be 28-year-old staying with the club into his 30s. All parties are on the same page and Sauce’s signature should be on the formal contract very soon.

Meanwhile, Mansour has revealed details of the dramatic surgery that was required to repair the five fractures he had in his face following that awful collision with Anthony Don’s knee back in Round 6. He revealed that he went into his recent operation knowing he could wake up minus an eye but also with the real prospect of having distorted vision for the rest of his life. He currently has 18 screws and three plates in his face. Mansour is recovering well and is hoping to be back for the final six weeks of the NRL season.

I’m hearing the Panthers are a big chance of losing youngster Christian Crichton to another club. The 21-year-old has done an admirable job in first grade this season but the money being talked about from elsewhere is said to be enticing.

Legendary Panther Royce Simmons has revealed he regrets taking the head coaching job at the Panthers back in 1994. “If I had my time again I probably wouldn’t have done it,” Simmons told the Weekender’s ‘On The Record’ podcast. “I probably hadn’t done a long enough apprenticeship. But the job was there and I couldn’t think of anything better than to try to help Penrith out in that time… but it was very hard coaching players that you’ve played with.” You can listen to the podcast in full at www.westernweekender.com.au/podcasts.

‘Baby racing’ was the half-time entertainment at last Sunday’s game between the Dragons and Rabbitohs, and if there was any club that could steal this concept it’s the Panthers. With so many new babies within the playing group, a real possibility is emerging of a ‘Panther cub’ baby race at some stage this year.

Talking of babies, the birth of a new son saw James Maloney miss a Panthers training session on Monday. Maloney was due to speak to the media on Monday afternoon but he was instead by his wife’s side for the birth of their fourth child. 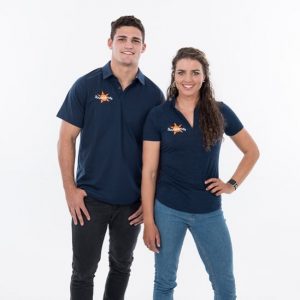 Halfback Nathan Cleary has been named as one of the new Southlands Ambassadors. Alongside two-time Olympic medal winner Jessica Fox, Cleary will help promote the shopping centre throughout the community.

ARL Commission Chairman Peter Beattie is in Panther territory today, attending a Men of League and Panthers on the Prowl luncheon at the Leagues Club. Beattie has already had a few forgettable moments in the job so he’ll be hoping to make an impression on the audience to prove he’s in touch with one of rugby league’s true grassroots areas. Nathan Cleary and his father Ivan are also scheduled to appear at the luncheon, which has become one of the hottest tickets in town. The event sold out weeks ago.

The generosity of the Panthers Group and its Chairman Dave O’Neill was on display last Saturday night at the OZWAC Ball, held at the EVAN Theatre. Not only did the club donate the venue to the important local charity for the night, but Mr O’Neill added an impromptu auction prize – a match day experience for next Saturday’s blockbuster against the Dragons that included corporate tickets and inner sanctum experiences. It helped raise around $60,000 in total for OZWAC on the night.

The NSW Origin side will be named after next weekend and there’s a few Panthers in contention. Reagan Campbell-Gillard will almost certainly be picked, while Tyrone Peachey is a favourite of new Blues coach Brad Fittler and would have to be in serious consideration. While most think James Maloney is locked into the halves, I’m hearing Fittler may be considering going in another direction. And what about Nathan Cleary? Will two games be enough to prove he’s up to making the jump to the game’s biggest arena?