When talking to country music icon Lee Kernaghan about his latest album ‘Spirit of the Anzacs’, there’s a strong sense of the responsibility that comes with such a project.

“We worked very closely with the historical department at the Australian War Memorial just to ensure the authenticity of everything that had been written and recorded.”

The idea for the album came to Lee a few years ago after a visit to the Australian War Memorial, where he explored archival material which led to a deeper understanding of the individual stories of those involved in conflicts throughout history.

“As I was reading the letters I was absolutely overcome with emotion, reading the words of our soldiers, sailors, airmen and the nurses and their families,” he said.

“I think it was at that point that the idea to adapt their words, their honest noble words, to music began.”

The album, which was released this year and coincided with the 100th anniversary of the landing at Gallipoli, reached number one on the ARIA charts and Lee admits that he wasn’t surprised by the overwhelmingly positive reaction.

“It was wonderful to see the nation embrace the album the way they did, but I wouldn’t have expected anything less,” he said.

“All we ever wanted to do was honour our servicemen and women, and take people on a journey from the landing at Gallipoli right through to the war in Afghanistan.”

But for Lee these are not so much songs of war, but songs of family, love and mateship.

“It could have been a big flag waving exercise but it’s not,” he said.

“This is just about real people, real lives, real families, their letters and their personal experiences and there’s so much power and emotion especially when you know every single word is true.”

Lee is currently on the road with ‘The Songs and the Stories in Concert’ tour which will see him take the music of ‘Spirit of the Anzacs’ to audiences for the first time.

The show is divided into two parts, with part one featuring some of Lee’s most important songs and the stories behind them, while part two will feature the songs of ‘Spirit of the Anzacs’ brought to life with the aid of theatrical lighting and a large video screen.

So far the reception to the live shows has been overwhelming for Lee, who is one of Australia’s most loved country music stars.

“It’s been an amazing reaction, very powerful,” he said.

“There’s been the odd tear here and there, but I think overwhelmingly it’s uplifting. I think everybody who sees the show feels uplifted and proud and very grateful to live in this great country of ours.” 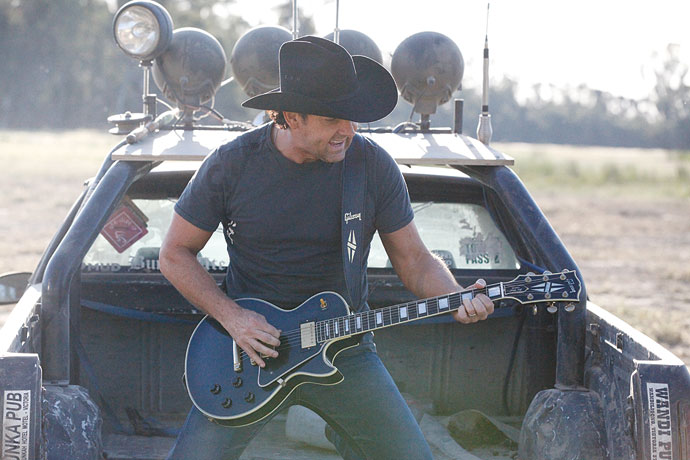 Of course for Lee there’s still that lingering feeling that this is more than just an album tour.

“I think that everybody involved in the touring, production, my band, my crew, myself, everybody feels that we’re privileged to be a part of something that is so much bigger than any one of us,” he said.

2015 has been a busy year for Lee, who also released his first book Boy From The Bush, taking readers on a journey through his life behind the hit songs.

“There’s been some highs, some lows and a few catastrophes along the way but all in all it’s been an incredible ride and it was great to be able to write about it,” he said.

Lee is currently working on a new album with his inspiration this time coming from a bar on the other side of the country.

“‘The Spirit of the Anzacs’ album was born at the Australian War Memorial in Canberra, my new album was born in the carpark of the Iron Clad Hotel in Marble Bar, Western Australia,” he said.

Lee Kernaghan will be performing at the Evan Theatre on Friday, November 13 at 8pm. Tickets are $61.50. To purchase tickets visit penrith.panthers.com.au or call 4720 5555.