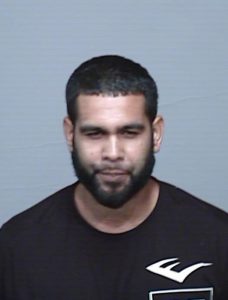 Police are searching for man who has breached an Apprehended Violence Order and his bail conditions.

Kerrod Edwards, aged 29, is known to frequent both the Penrith and Dubbo areas and is wanted by officers from Nepean Police Area Command.

He has an outstanding arrest warrant in relation to breaching an Apprehended Violence Order and bail conditions.

He is described as being of Aboriginal/Torres Strait Islander appearance, 160cm – 170cm tall and of a medium build. He has brown eyes, with a black hair and is unshaven.

Anyone who sees Kerrod is urged not to approach him but to instead call Triple Zero (000) immediately.