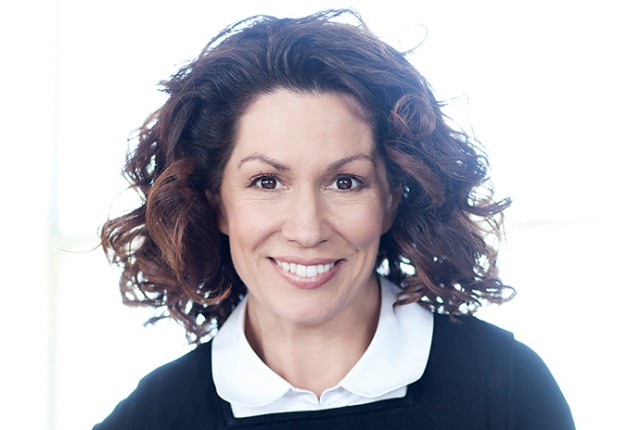 You’d be hard pressed to find someone who doesn’t love having a good old fashioned rant about the things that piss them off.

Check the comments section on social media and you’ll see all the proof you need that us humans love to vent.

For comedian Kitty Flanagan, humorous rant style monologues are all just a part of her job on ABC’s news comedy show ‘The Weekly’.

She’s tackled everything from people who wear gym gear when they’re not working out, to reverse racism and our obsession with coffee. And she’s made a lot of people laugh in the process.

Luckily inspiration for her next segment is never far away.

“Sometimes it’s really easy because I just go ‘oh God I’m so angry’ and then I think ‘oh excellent, I’ve got a vehicle for that this week’,” she laughed.

On ‘The Weekly’ – as well as her former gig on Channel Ten’s ‘The Project’ – Kitty mostly picks her own topic, looking for something that’s newsworthy, but not too newsworthy (those weird and wonderful new study findings often make for great material).

But ultimately it all comes down to what Kitty – and hopefully her audience – finds funny.

“There’ve been a couple where I’ve thought, ‘gee, I hope I’m not alone on this’,” she laughed

“It’s not until I sit down and have a quick rehearsal with Charlie [Pickering] and other people that I breathe a sigh of relief and go ‘OK, they’re finding it funny too, it’s not just the weird angry lady’.

“But then sometimes it doesn’t matter, sometimes the weird angry lady can be funny too. Everyone’s thinking ‘I’m not sure why that’s funny but she seems to be quite angry about it’,” she laughed.

Penrith audiences will have a chance to hear Kitty’s hilarious tales in the flesh when she heads to the Evan Theatre next month with her show ‘Seriously?’; which has returned for an encore performance after becoming a hit with audiences in 2015.

The show is constantly evolving and has taken on a bit of a different spin than Kitty was originally expecting.

It’s not just about the personal though, Kitty also performs musical numbers with her sister, Penny, and offers practical advice for all of life’s big issues.

“I teach you important things, like how to talk like an old person, that’s always a handy skill,” she said.

Or what to call certain body parts when speaking to your doctor.

“Should you use the correct terminology or should you use some word that you’ve been using in your family for years, it’s always a bit embarrassing,” Kitty laughed.

Though her first job working in advertising as a copywriter seems a long way from the comedy stage, Kitty says there’s one skill she learnt from writing those 30 second radio ads that has helped with her comedy work writing; brevity.

“You’re limited in how much time and space you have so you have to learn to get your point across quickly and I think that really helps with stand up, you don’t want to be up there waffling,” she said.

“That’s been really useful on ‘The Project’, and ‘The Weekly’ as well, because once again I’ve only got a finite time.

“I actually quite like that discipline because it really teaches you to go through your stuff and take out anything unnecessary.”

Kitty Flanagan will be performing at the Evan Theatre on Friday, May 13 at 8pm. Tickets are $46.10. For more info or to purchase tickets, visit www.penrith.panthers.com.au or call 4720 5555.